​The Pursuit of Justice and Freedom for Gary McDuff​ 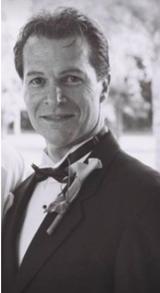 Gary Lynn McDuff was born in Baytown, Texas (outside of Houston) to Reverend John & Vivian McDuff.  At the age of 16, Gary joined the music group - The Imperials - who toured with and did back-up and recording work with Elvis Presley, Jimmy Dean, Pat Boone, and other popular entertainers in the 70's.

​At 19, he began a drive-through franchise concept for selling women's hosiery on the south side of Houston, Texas.  Colonel Sanders of Kentucky Fried Chicken, was his financial partner and business mentor.  The concept was a success until the school dress code changed nationwide allowing girls to wear pants to school and women's business suits for the workplace incorporated pants - the "pant-suit" fad.

At 21 Gary was married and built his first custom home.  By 1984, he had become the 3rd largest home builder in the  area south of Houston, Texas, completing five subdivisions where he developed the raw land into residential lots, building hundreds of homes.

At 26, he became a diamond importer and mine owner in West Africa.  His company, - The African Diamond Company - provided the market with high end stones with documented pedigrees, certified by GIA, complete with appraisal, grade, pictures of the miner who extracted it from the earth, the longitude and latitude of the mine where it was found, and pictures of the New York diamond cutters as they took it from uncut to fully faceted.

In 1985, he launched a nationwide mortgage banking network consisting of 240 franchise offices in all 50 states, with thousands of commissioned associates working out of those franchised offices.  In the specialized mortgage market - McDuff, Scott & Associates grew to be second only to Finance America, a then subsidiary of Bank of America.

In 1988, Gary co-founded Federal Cashflow Corporation which created pools of government back mortgage security obligations (GSOs) to meet the admitted asset investment needs of insurance companies and pension funds located in the U.S. and abroad.

By the end of 1988, Gary had been appointed as Senior Trustee of an Ireland based trustee services company representing wealthy families, individuals, and their business needs abroad.  The late Nelson Bunker Hunt was one such client.  This appointment took Gary to Europe, Asia, Central and South America, including Ireland, England, Austria, Switzerland, Liechtenstein, Belgium, Belize, Costa Rica, Panama, St. Lucia, Dominica, Indonesia, Mexico, and China on behalf of his global client base.  The financial services required by these clients necessitated interaction by Gary with the Trust departments of banks, compliance departments, specialized law firms in each country, and the government agencies in those countries responsible for regulating the client's business and investment activities conducted there.

In 2000, Gary helped his very healthy and beauty conscious bride open an anti-aging clinic in Texas.  It was a family business that employed family.

In 2001, Gary was contracted by a 30 year banker in London (UK) - Terrence de'Ath, and his Cambridge law school colleague - Sir George Brown, former Chief Justice of the Supreme Court of Belize, to assist them in the 'Fixed Income Debt Underwriting' syndication business.  Investors of substance place their capital into Trust to back bond issues with investment grade ratings ("A" or better) in exchange for a fee.  Mr. de'Ath and his banking associates conducted or participated in hundreds of these syndications during his career.  Mr. de'Ath's integrity was never questioned by any client or regulator.

In 2005, the SEC and FBI set their sights on one banker, (Gary Lancaster) in Oregon, and his - Lancorp Financial Fund Business trust of 2003 - that fell victim to a Madoff type Ponzi-scheme, losing over 60% of investor money.  It is precisely here that the DOJ/SEC/FBI knowingly colluded to place Gary McDuff on the side of Lancaster's unlawful conduct and knowingly aided and abetted that conduct in Fund II of 2005.  It was not until 2016, that McDuff was able to obtain, by court order, the proof contained in the DOJ/SEC investigative file.  McDuff did not know of the existence or operations of Lancaster's 2005 Fund (of the same name) that engaged in activities that violated SEC securities regulations and federal law.

​Through a well-pleaded attack on McDuff's finances, the government spent years shutting down McDuff's income sources in an ultimately successful effort to leave him without financially resources to defend himself.

Presently, Gary is in a federal prison in Beaumont, Texas, where he has been fighting against one unfair DOJ obstruction after another since May 24, 2012, to demonstrate his actual and statutory innocence to the court and win his freedom

The early beginnings of this story of -- Betrayals,  Set-ups  &  Cover-ups -- began in 1989 when the DOJ told its first lie about McDuff.  It is long and it is shocking.  If you have an interest in those details, please send us an email requesting the rest of the story and it will be sent to you via email (PDF).  It is a compelling  MODERN DAY DAVID & GOLIATH STORY that will leave you wondering how could this happen in America.  Betrayals,  set-ups & cover-ups by the government against it own citizens.  It happed to Gary Lynn McDuff.